This prominent building on Olney’s historic high street came onto the market in Autumn 2017 after the Nat West Bank branch closed. The Bank had occupied the building since 1971 and before that it is believed to have been a shop, and also one of the town’s many ale houses!

We thought the building would be ideal as a new office for DCa and made our bid in December 2017. This was accepted and the purchase was completed in April 2018.

DCa was founded in Olney in 1993 and has had several homes in the town, the first being a spare bedroom (!), the second a converted barn next to David and Sheila Coles’ home and the third and current location in Cobbs Court. This used to be Harrisons and then Revit’s bakery and was converted into offices by DCa in 2000 and extended in 2012. It was been a very happy home, but space was tight and the business needed room to expand. 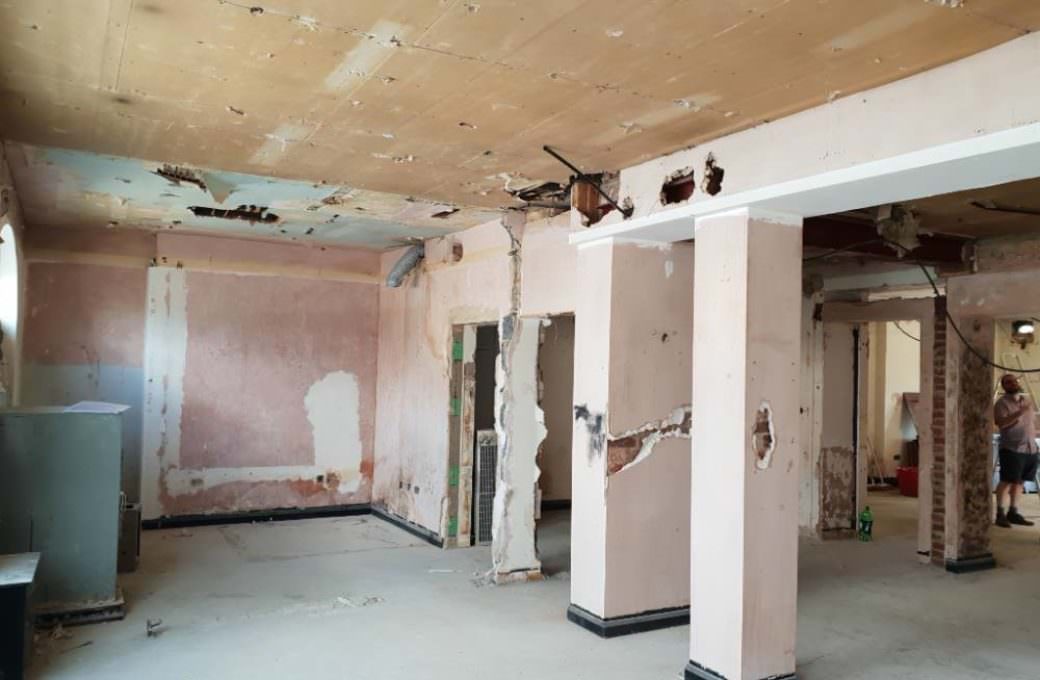 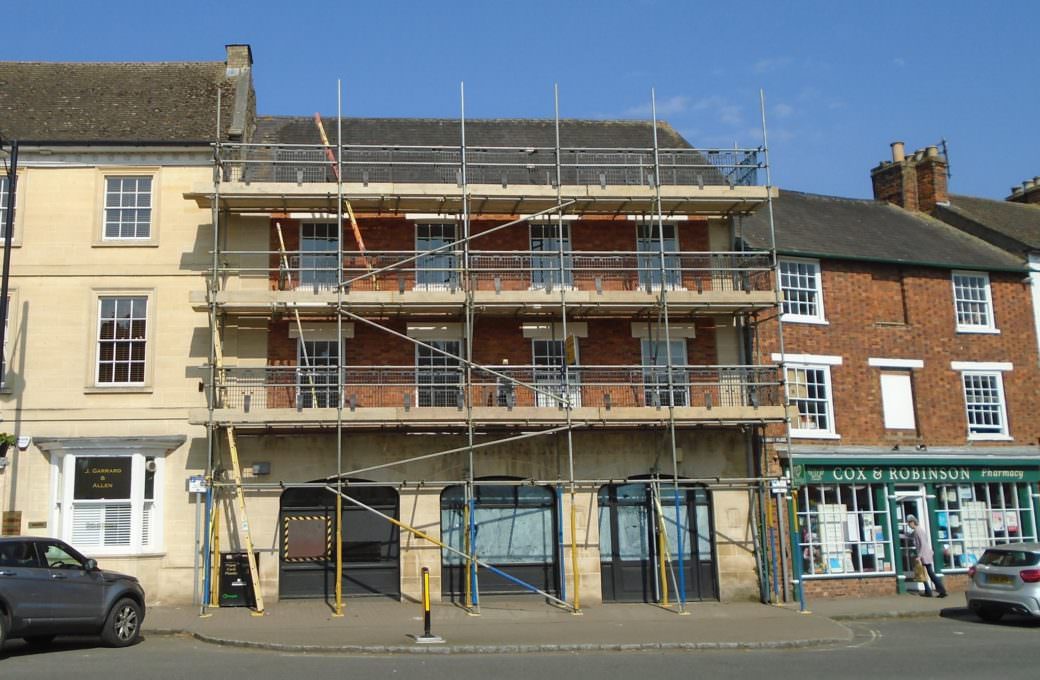 Our priority was to create open, light and contemporary work spaces, but to be sympathetic to the history of the building and the Olney Conservation Area. We have therefore kept the outside true to form, but inside the changes have been substantial.

Building work began in Summer 2018. The interior was stripped back to a shell and there was great debate about whether we could re-use the huge safe! Unfortunately, it had to go as it compromised the space too much – it took two days for it to be removed by specialist contractors.

Scaffolding was erected to refurbish all the existing sash windows and façade and a small extension added at the back to provide a rear entrance, lobby and disabled WC. A shower has also been included so staff can cycle or run to work if they wish.

The ground floor layout now leads visitors along a ‘path’, through open internal spaces, some of which can be closed off for meetings, training or presentations. The large ‘shop windows’ have been replaced and new doors and a roof light installed at the rear. A corian ‘design bar’ is a main feature to provide a flexible working space for our designers to sketch, draw and be creative, which can also be used as an informal meeting area. Our two meetings rooms have glazed partitions and a sliding dividing acoustic partition to allow the spaces to be used flexibly. A raft ceiling has been included in meeting room two, which gives a glimpse of the major duct work serving the whole building heat recovery ventilation system and the heating and cooling system.

We have achieved an exceptional EPC of B in an historic building in the conservation area, without renewables and with air-conditioning. This has been achieved by providing high levels of additional roof installation, secondary glazing, air source heat pumps, giving gains of up to 6 to 1 in energy terms, a heat recovery ventilation system and A rated appliances.

On the first floor there is a large office space, a new kitchen and three WCs. The staircases have also had a facelift, with a gorgeous glass balustrade between the first and second floors and stainless-steel handrails.

On the second floor, we have opened walls to turn the space in a large open plan office but retaining the original room pattern. The light floods in from the front and rear to provide a fantastic working area.

Lighting has been carefully considered throughout the building to provide a contrasting black against white, a functional and contemporary solution.

We have worked with local companies wherever possible - their amazing enthusiasm, support and hard work throughout the project has delivered a building we can all be proud of. 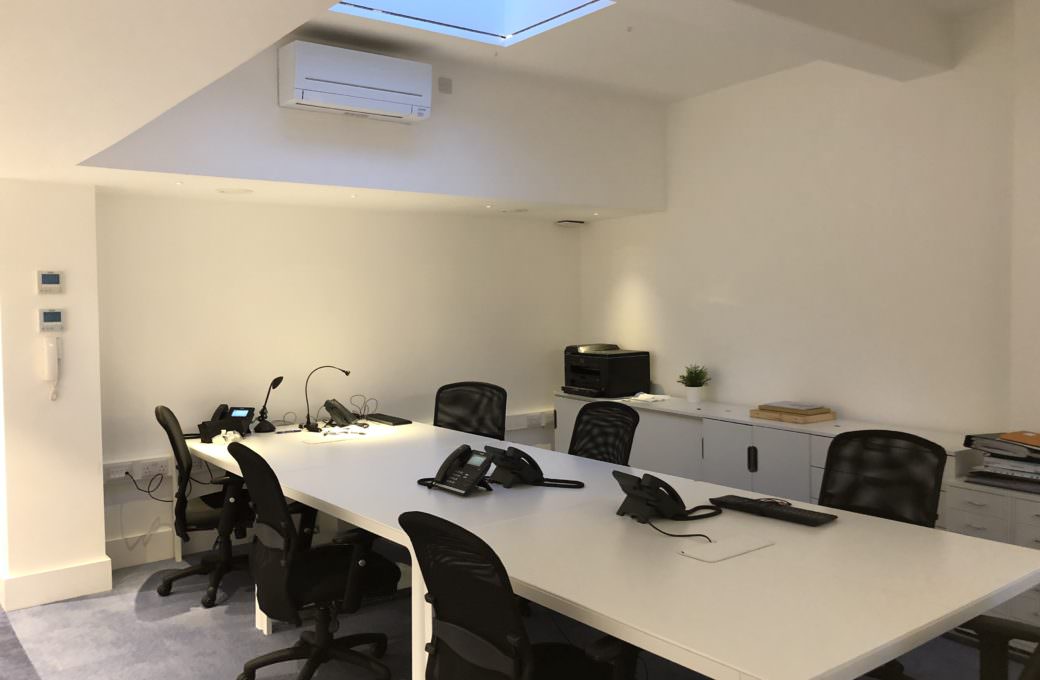 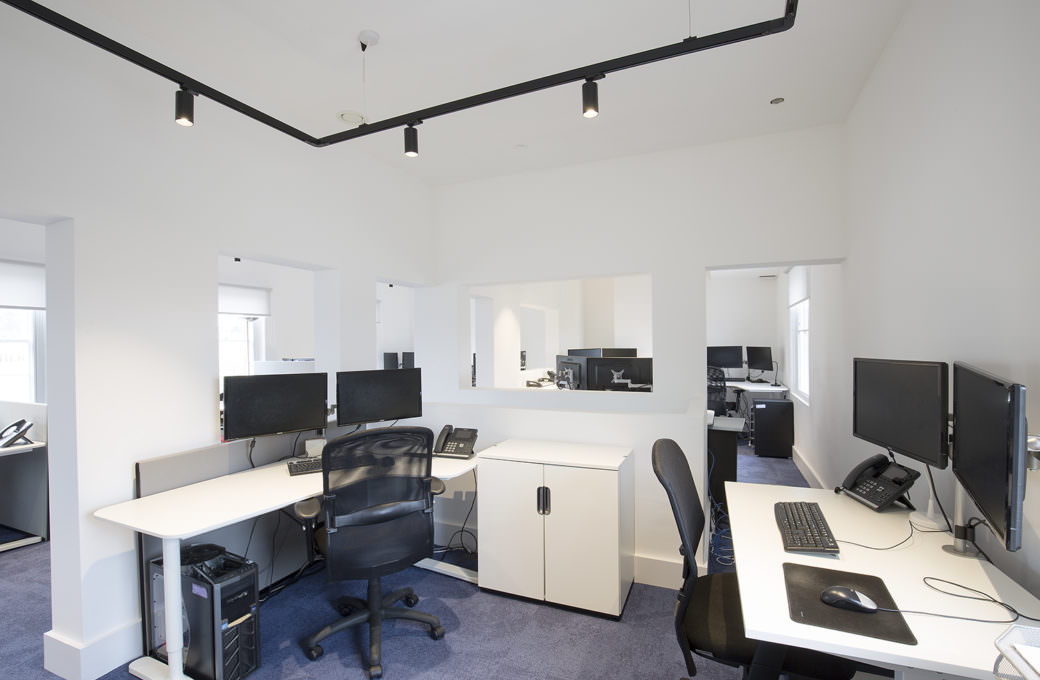 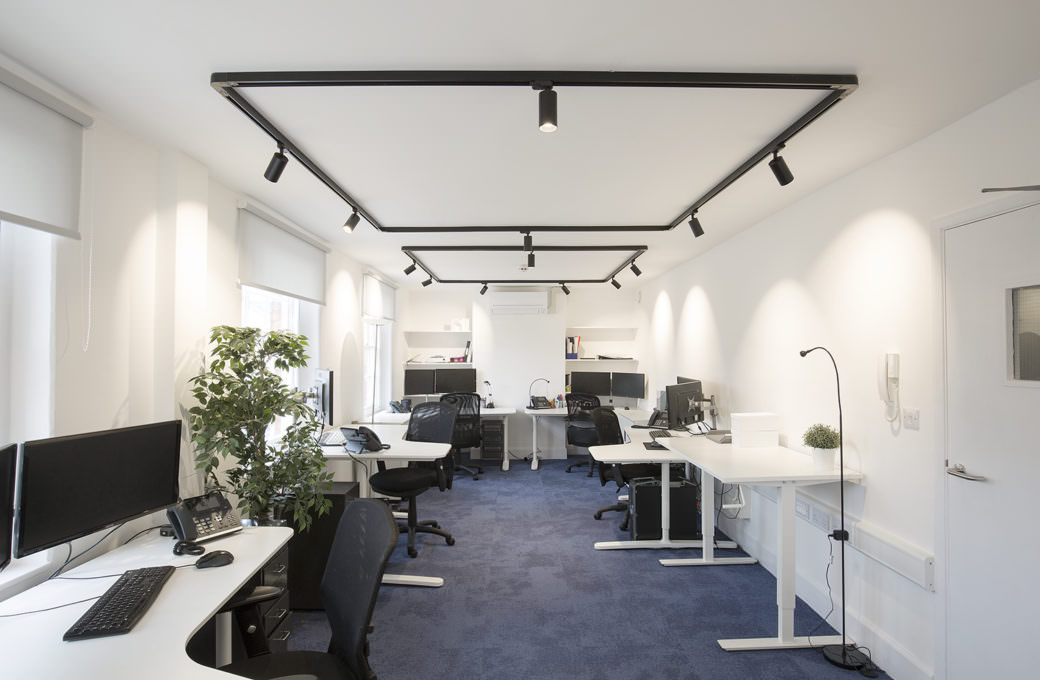 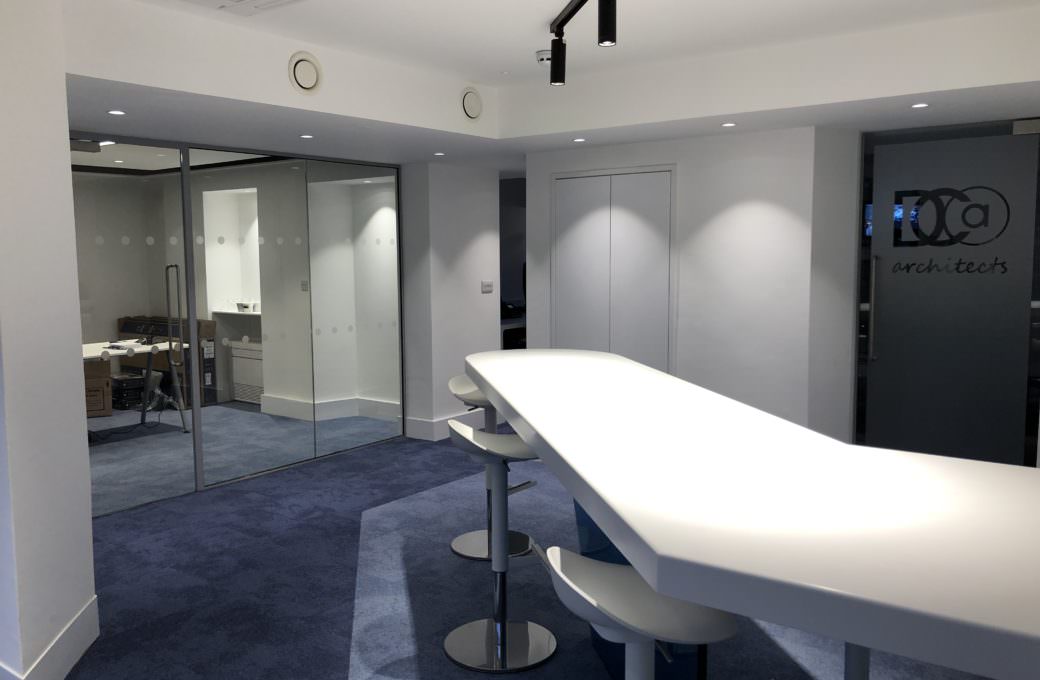 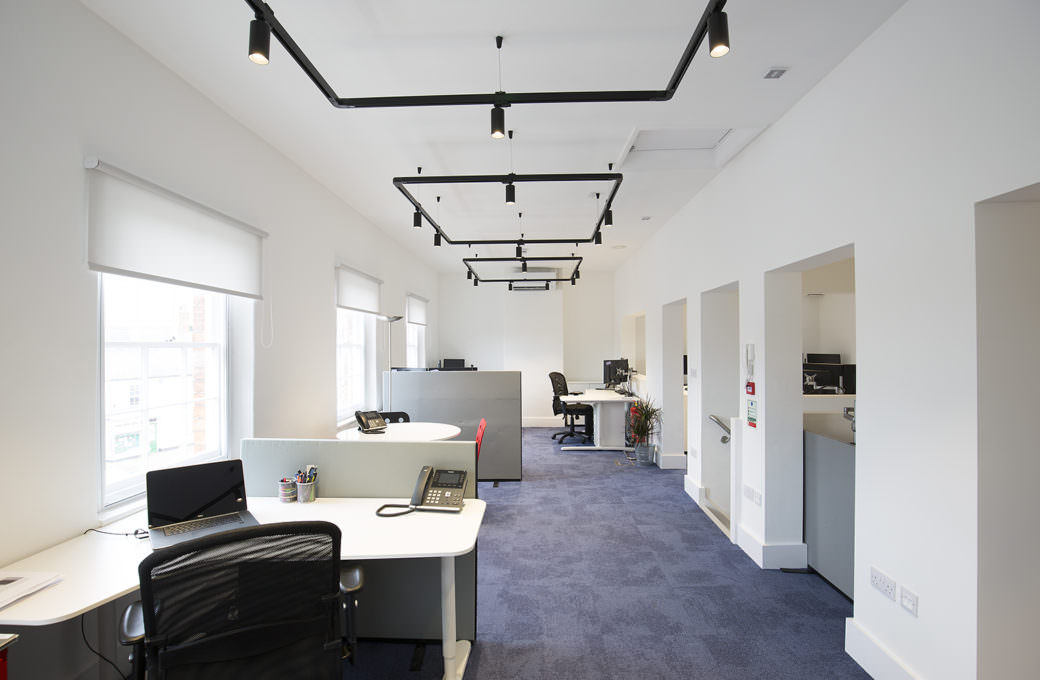 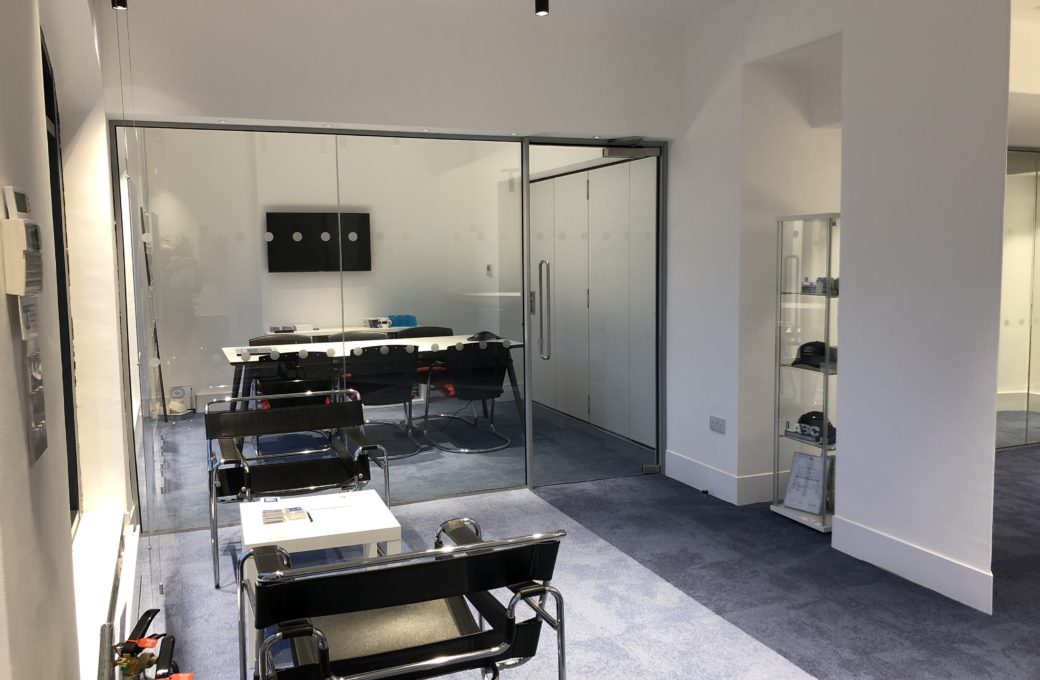 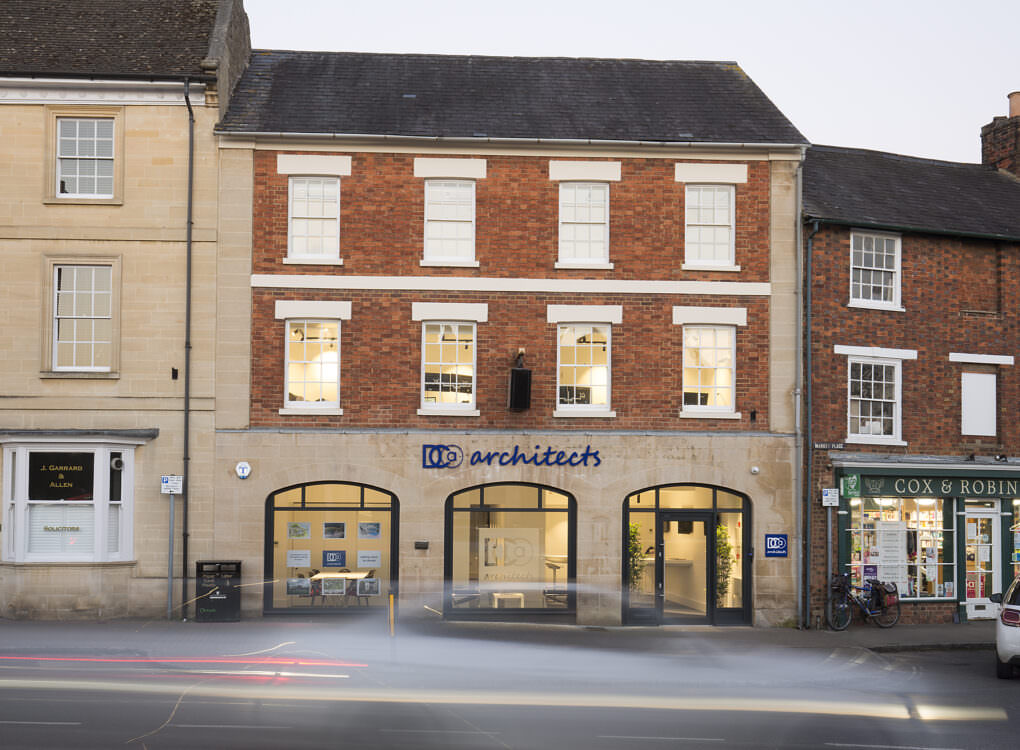 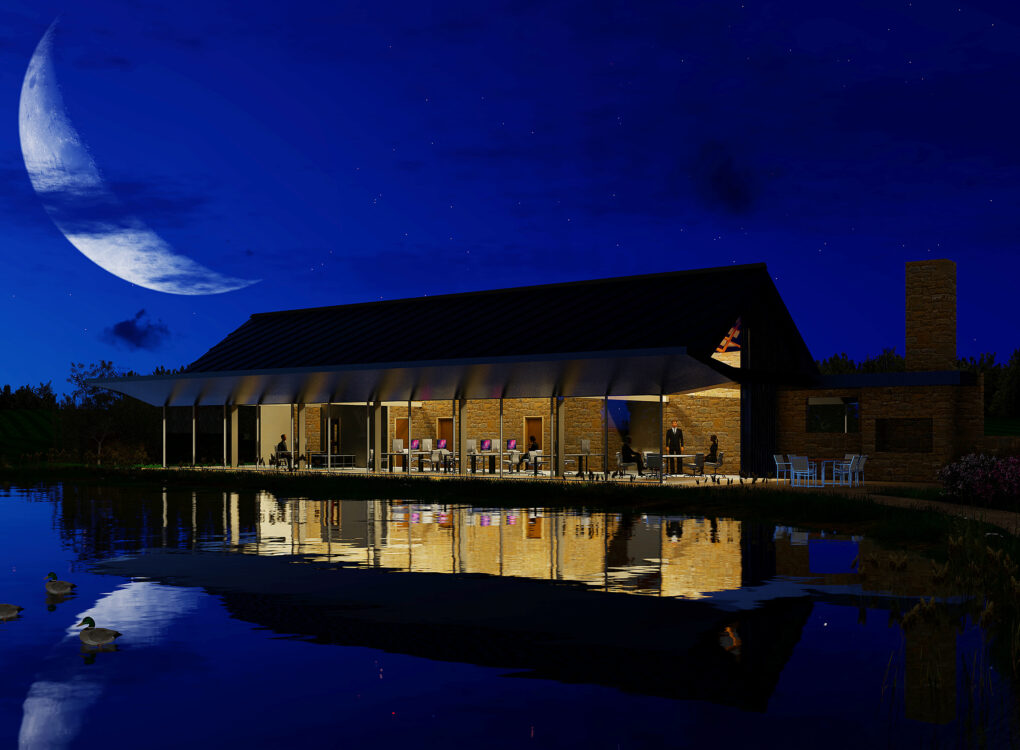 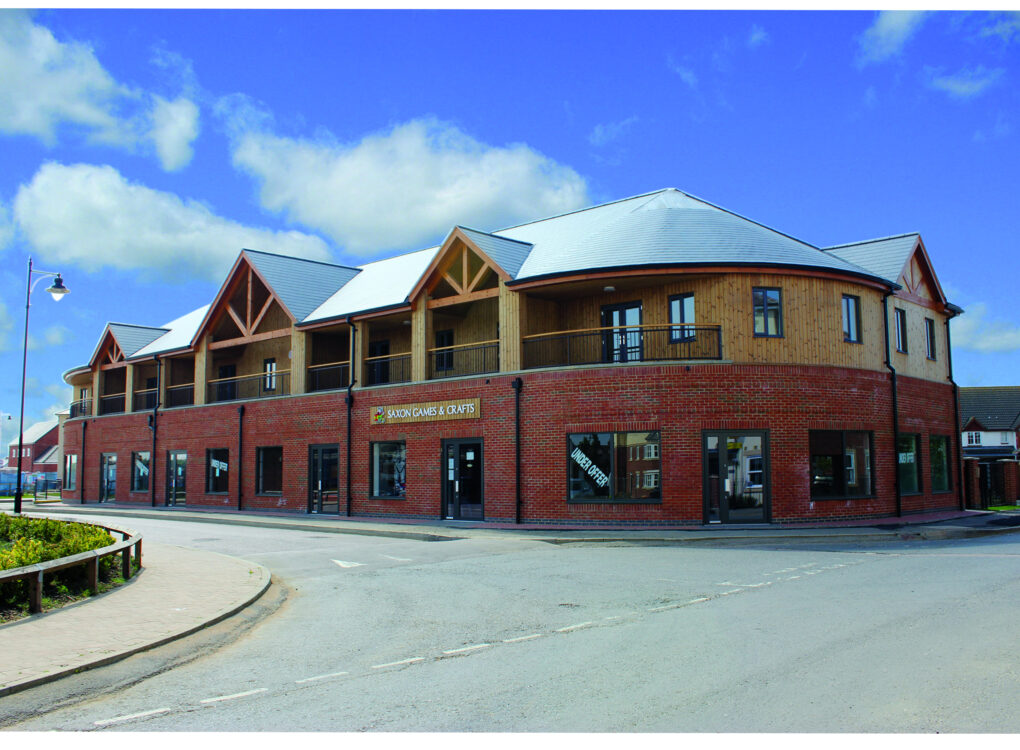 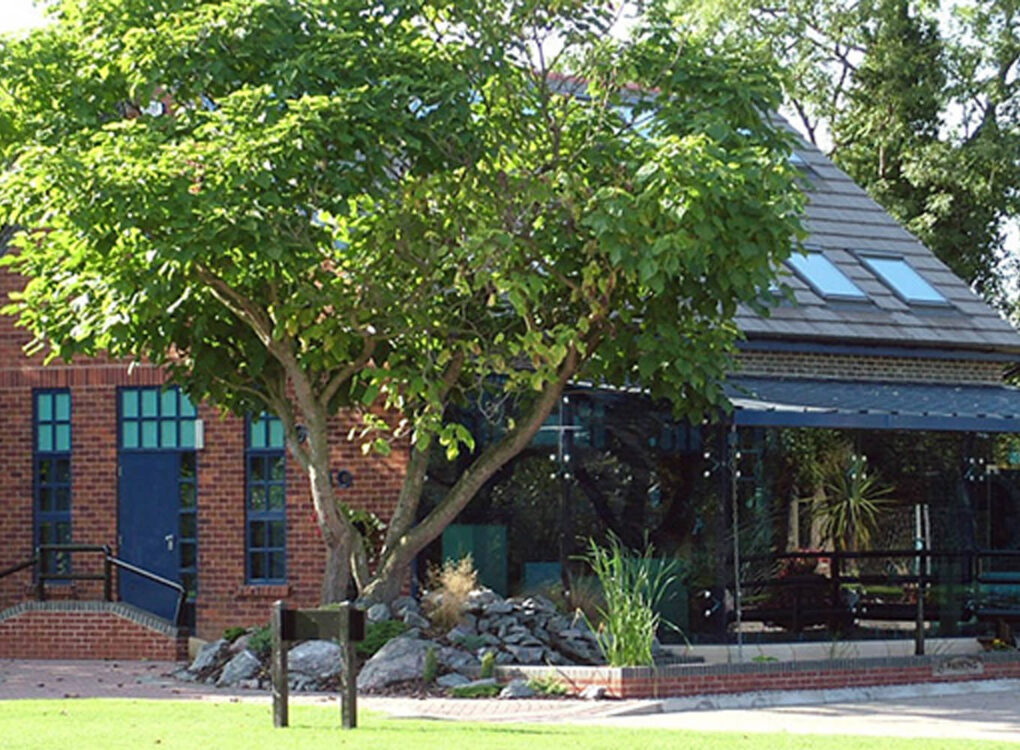 Do you have a project in mind?